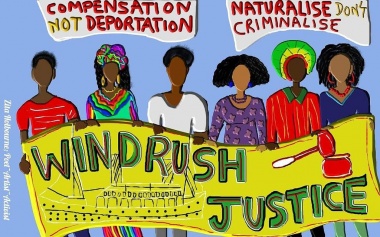 A discussion about the Windrush Scandal, featuring a documentary which is part of the Is Britain Racist series of films made by film maker, Jean Marc Aka-Kadjo. The film charts the campaigning against the Windrush Scandal by BARAC UK and focuses on some of the stories of those impacted.  The panel will include Windrush victim featured in the film, Glenda Caesar.

Booking is not required.  Places will be allocated on a first come first served basis.  Join event.